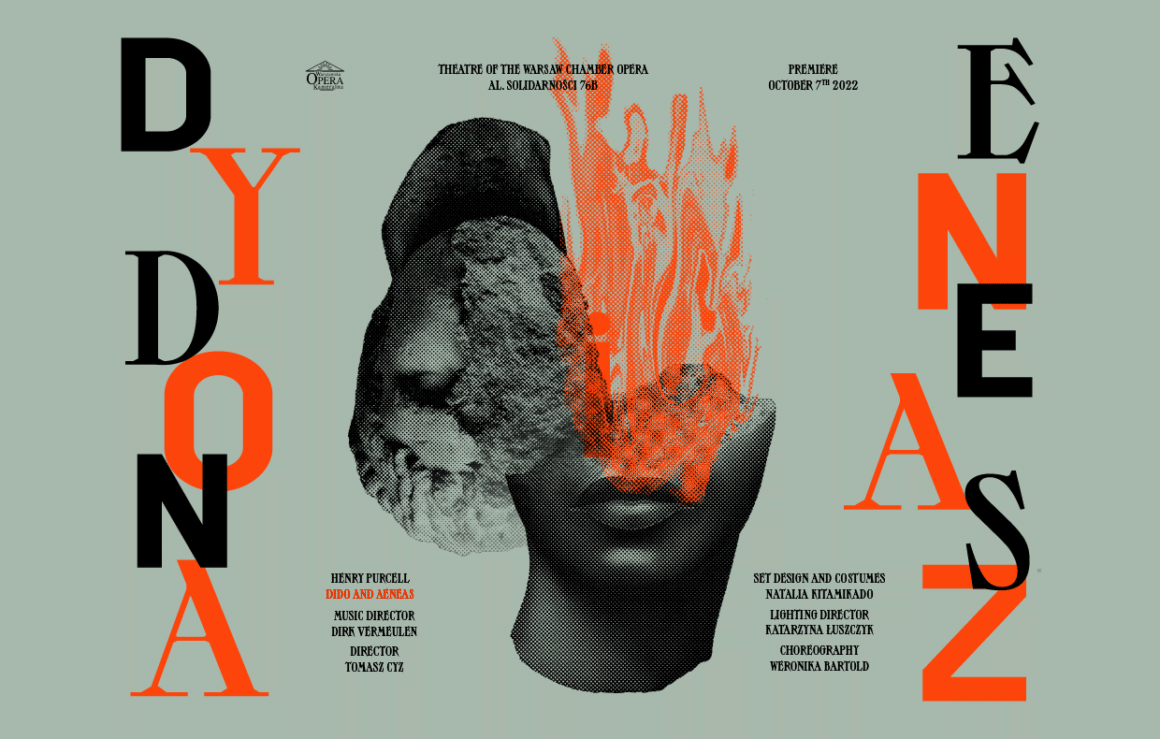 Opera in three acts in its original language

Henry Purcell’s “Dido and Aeneas” is an opera about power, passion and loneliness. Here is a woman-ruler meeting on her way a warrior and a hero. Her earlier life made her stay alone, however the power of the feeling begins to take over. Dido is unable to control her growing passion for Aeneas, despite her fear and uncertainty, she succumbs to it. However, she is not safe: she has opponents at the court, who are plotting against her, wanting to destroy her position, and ultimately to destroy her. Dido decides to act: she sends Aeneas away, condemning herself to loneliness … The staging of “Dido and Aeneas” puts Dido’s emotions at the spotlight – her strength, faithfulness to herself, purity of intentions. As well as the feelings and actions of Aeneas – a man convinced of his own historical role, exceeding someone’s personal fate. The universality of this history is emphasized by the location of this XVII-century musical masterpiece in the second half of the XX century.