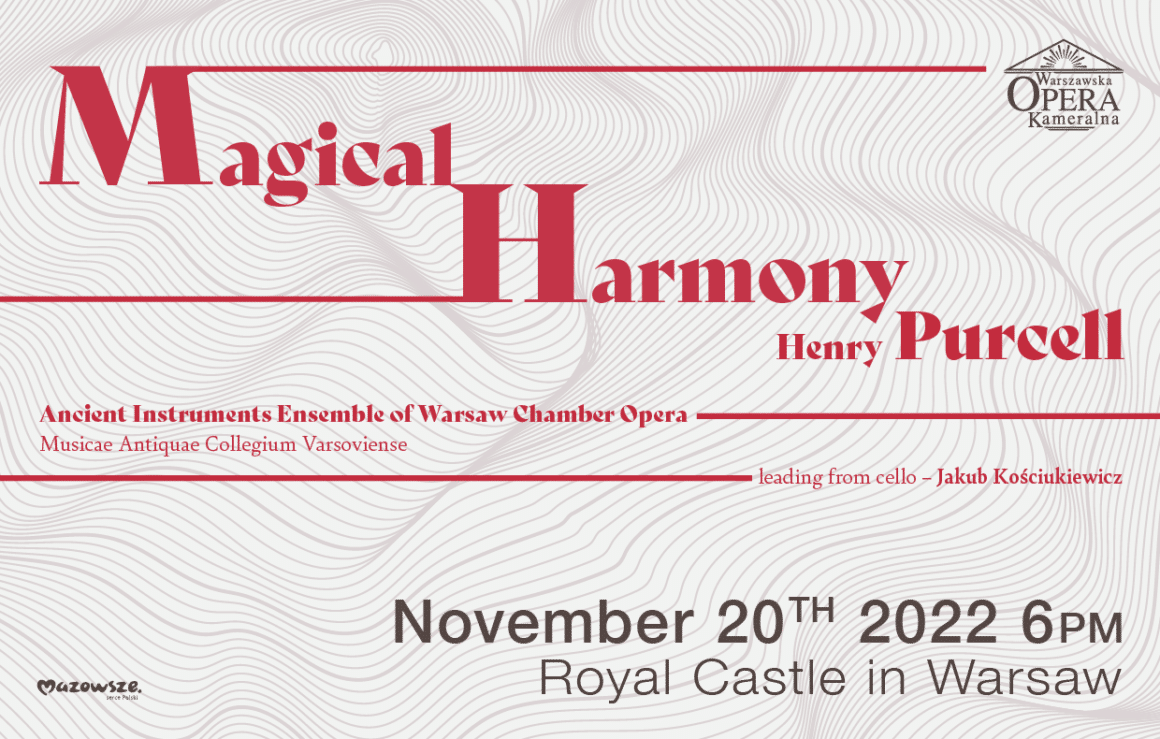 “Who is England’s finest composer?” – asked Ivan Hevett in his article “Was Purcell Our Finest Composer” in “The Telegraph” thirteen years ago, quickly explaining that: Benjamin Britten and Edward Elgar have fans, many say that Vaughan Williams is greater than any of them, and still others would vote for one of our greatest Renaissance composers such as Thomas Tallis or William Byrd. Some say that the greatest composer was an artist born 350 years ago, who, like Mozart, had a wonderful talent and, like him, died at the young age of 36.

We have in mind the master mentioned in the headline, Henry Purcell. It was him, who for two centuries was unquestionably recognized as the most important English composer, and only the appearance of the above-mentioned artists by Hevett, to which one could add Gustav Holst and William Walton, released him of the burden of the undisputed leader.

The composer was only 10 years old, when he wrote an ode in honour of the king’s birthday (1670). This was a time, when he began his in-depth musical education at the Westminster School, culminating in his assuming the position of Westminster organist in 1679 from Johnnie Blowie himself, his mentor.

Since then, Purcell’s activities have followed two paths. On the one hand, he devoted himself to sacred music, often associated with court ceremonies, and on the second hand, he remained faithful to the opera all the time. It can be said that this path resembled a sine wave, but with time he began to focus more on stage works.

The concert programme at the Warsaw Chamber Opera will focus on three of his works: “Abdelazer” (a stage drama with accompanying music by Purcell); and the operas “The Fairy Queen” and “King Arthur”.

On this day, we will hear suites of themes contained in these works, today recognized as the strict canon of British classical music. It is worth knowing that it is from “Abdelazer” that the main theme of Benjamin Britten’s “Variations and Fugue on a Theme of Purcell” (“The Young Person’s Guide to the Orchestra”) comes from. In the original, Rondeau is the second part of the accompanying music for “Abdelazer” in the revival version from 1695.

Against this background, “The Fairy Queen” (1692) and “King Arthur” (1691) are true gems of British Baroque opera, almost unanimously considered to be the pinnacle of Purcell. The suites of these works will be presented during the Baroque Opera Festival, bearing in mind that the complete works often lasted more than 4 hours. As a result, they appear on theatre and concert posters much more often, reminding of the unquestioned genius of their composer.