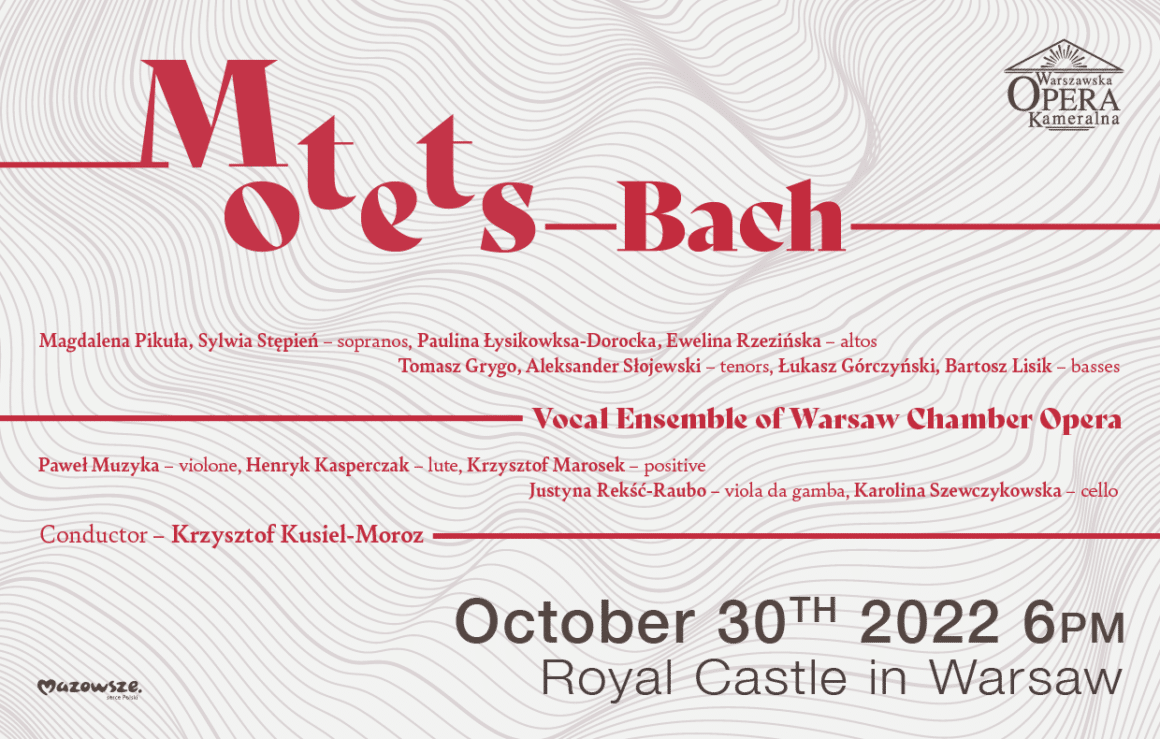 Johann Sebastian Bach’s Motets should be assessed not only as a phenomenon of Baroque music, but also as a masterpiece of art that has never lost its popularity. While many works by Leipzig Kantor fell into oblivion and returned to concert posters only in the 19th and 20th centuries, Motets were performed all the time. So what’s the secret of this phenomenon?

We know as much about Bach’s Motets as there is uncertainty as to their total number (it is assumed that a significant part has not been preserved to our times). The fundamental ones are BWV 225-230. Its source of origin has been verified, although the origin of the motet “Lobet den Herrn, alle Heiden” (BWV 230) is doubtful.

Motet BWV 225 “Singet dem Herrn ein neus Lied” (“Sing unto the Lord a new song”) in B flat major, is dedicated to two four-part choirs, based on Psalms 149 and 150, was first performed in Leipzig probably in 1727.

BWV 226 in B flat major “Der Geist hilft unsere Schwachheit” (“The Spirit gives aid to our weakness”) dates from 1729, it is based on the Epistle to the Romans (8:26-27) and the third stanza of Martin Luther’s hymn “Komm, Helliger geis, Herre Gott”. This motet is intended for two four-part choirs.

“Jesu, meine Freude” (“Jesus, my joy”) BWV 227 is a motet in E minor for five vocal parts. It was probably composed in 1723 for the funeral of Johanna Maria Käsin, the wife of the Leipzig postmaster. It takes its title from the hymn “Jesus, meine Freude” by Johann Franck, on which it is based. The stanzas of the chorale are interspersed with passages from the Epistle to the Romans, and the main chorale melody, on which several parts are based, was written by Johann Cruger in 1653.

“Fürchte dich nicht” (“Do not fear”) BWV 228 in A major, is a funeral motet for a double choir with the accompaniment of instruments. The two-part work draws its text from the Book of Isaiah and the hymn of Paul Gergardt. It is believed that the work was composed in Leipzig in 1726, although more recent studies say that it dates from the Weimar period.

BWV 230 “Lobet den Herrn, alle Heiden” (“Praise the Lord, all ye heathen”) in C major was composed for four voices, and its text is based on Psalm 117.

Interestingly, we do not know the final destination of the Bach motets themselves, and it is difficult to unambiguously recognize that they served as the setting for the liturgy. Bach’s contemporaries considered motets an outdated form, hence the belief that they were of didactic nature.