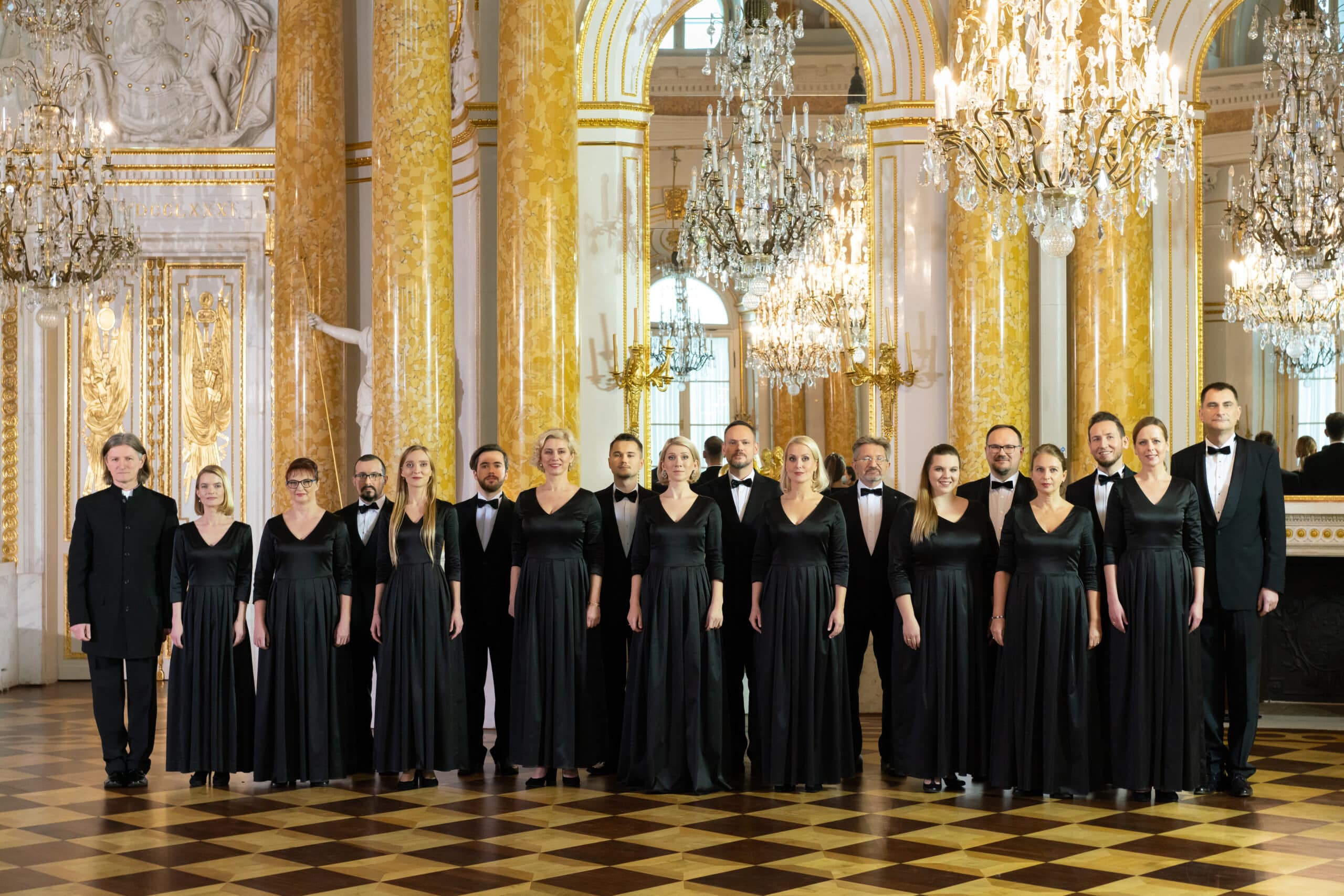 The Vocal Ensemble of the Warsaw Chamber Opera consists of 24 professional singers, performing both choral and ensemble parts as well as solo parts in opera performances and oratorio concerts.

The ensemble in its present form was founded in 2013 as a continuation of the Soloist Ensemble, operating since the 1980s, and the WCO Chamber Choir established in 1983. For nearly 60 years of operation, the artistic management was led by prof. Józef Bok, prof. Ryszard Zimak, prof. Wanda Tchórzewska-Kapała, Andrzej Borzym, Liliana Krych, and since 2017 it has been entrusted to prof. Krzysztof Kusiel-Moroz.

Over the years, the artists of the Vocal Ensemble has worked with such conductors as Jacek Kaspszyk, Jerzy Maksymiuk, Kai Bumann, Jose Florencio, Benjamin Bayle, Friedrich Haider, and Paul Esswood, visiting almost all European countries during numerous tours, as well as repeatedly visiting Japan.

The versatility of the ensemble’s singers is reflected in extremely extensive and demanding repertoire which included works broadly defined as early music, i.a. both J. S. Bach’s Passions, operas by J. P. Rameau, J. B. Lully, G. F. Handel, operas and classical oratorios, especially those of W. A. Mozart such as Idomeneo, Cosi fan tutte, Don Giovanni, The Magic Flute, Requiem and Great Mass in C minor, romantic operas by G. Rossini, G. Donizetti, C. M. Weber, P. Tchaikovsky, G. Verdi, as well as works of the 20th and 21st century such as – Jenufa Janaczek, The Rake’s Progress by I. Stravinsky, Balthazar and Antigone by Z. Krauze, Quo Vadis by B. Matuszczak, Orpheus by D. Przybylski, Tango by M. Dobrzyński.

Many of the performed works have been recorded, and has been broadcast recently on television and on the Internet.

Both the conductors and directors, who has been working with the artists of the Vocal Ensemble have repeatedly emphasized their high-class vocal professionalism as well as excellent acting skills, flexibility and personal commitment to the ongoing projects.

This website uses cookies to improve your experience while you navigate through the website. Out of these, the cookies that are categorized as necessary are stored on your browser as they are essential for the working of basic functionalities of the website. We also use third-party cookies that help us analyze and understand how you use this website. These cookies will be stored in your browser only with your consent. You also have the option to opt-out of these cookies. But opting out of some of these cookies may affect your browsing experience.
Necessary Always Enabled

Any cookies that may not be particularly necessary for the website to function and is used specifically to collect user personal data via analytics, ads, other embedded contents are termed as non-necessary cookies. It is mandatory to procure user consent prior to running these cookies on your website.