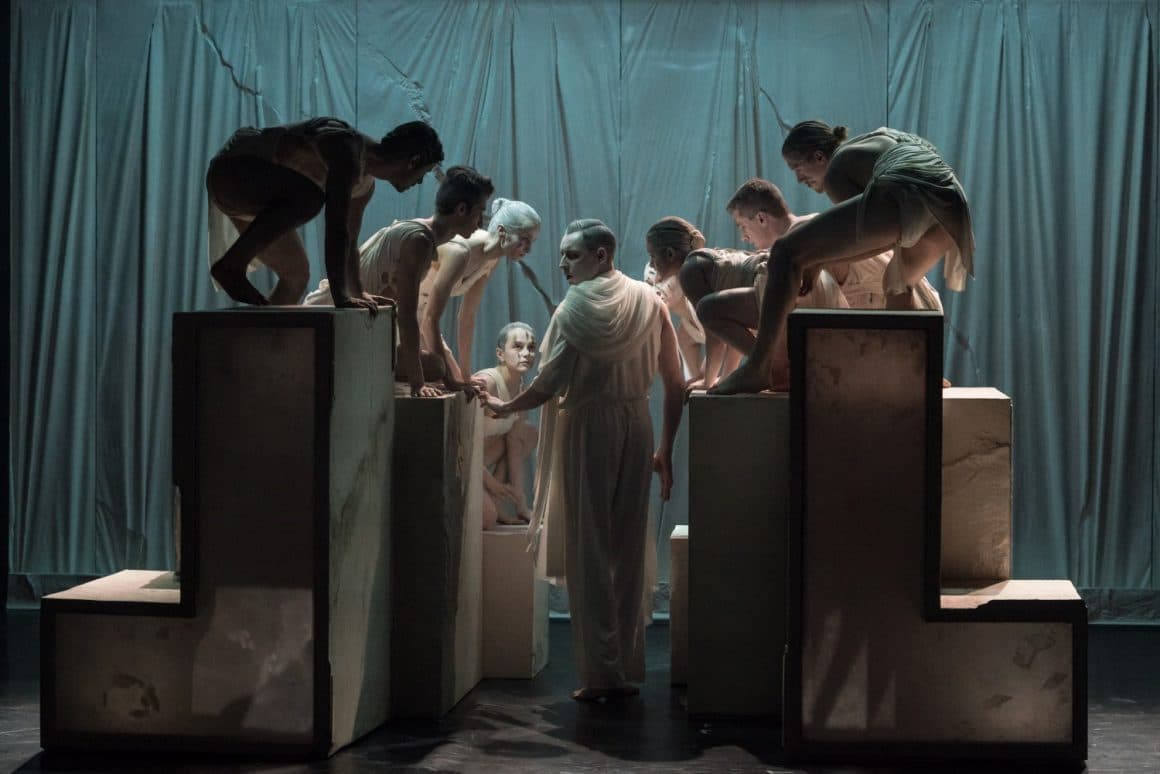 Her feature debut The Welts, received the Golden Lions at the Gdynia Festival in 2004. In 2005 this film was the Polish candidate for the Academy Award.

Set designer and costumes: Katarzyna Sobańska i Marcel Sławiński They created the set for the film Cold War by Paweł Pawlikowski – the film awarded with the Golden Palm in Cannes (2018), the European Film Award 2018, and also nominated for the Academy Award in three categories.

From the director, Magdalena Piekorz:

Christoph Willibald Gluck’s Orpheus and Eurydice is one of the most beautiful pieces of classical music that tells the story about love that is put to the test. Orpheus, after Eurydice’s death, gets a chance to descend to the Underworld and bring his beloved wife back to the world of the living. The condition, however, is that he will not look at her until they are back on earth. Amore, the Jupiter’s messenger, is the one who puts Orpheus to this task. Orpheus resolves to take on the quest and descends to Hades, appeasing the Furies. Amore’s prophecy fulfills and Orpheus finds his loved one. Before them, there is only a way back that will prove far more challenging than one would suppose.

Our idea for presenting the Gluck’s work was to create a multi-dimensional dance and musical spectacle that will combine the classical and contemporary form of expression. In order to reflect the archetypal character of the work (perpetuated by the tradition of the myth) in the stage and costume design, we will refer to antiquity. Orpheus and Eurydice will appear on the stage as statues that will have their counterparts among the dancers (alter ego). They will express their emotions, that were stock-still by the premature separation of the spouses. Along with the action, their characters will become more and more human and the climactic meeting of Orpheus and Eurydice will show that when it comes to the history of mankind in the matter of relations outside the context and historical time nothing has really changed.

Orpheus and Eurydice, since its premiere on October 5, 1762 at the Burgtheater in Vienna, has been successfully staged at the world opera houses winning the hearts of music lovers.

The Polish premiere took place fourteen years after the world premiere (1776) and two years after the Paris staging, which showed the world a new version of the work. The aforementioned novelty was deviation from engaging the castrato in the main part, and entrusting it to the tenor, in accordance with the past trends. The popularity and timeless beauty of the work is evidenced by the fact that it was adapted by Hector Berlioz himself, which led to the creation of a new Italian language version of this piece, that conquered Italy’s leading stages (including La Scala) and, led by Arturo Toscanini, delighted music lovers of the New York Metropolitan Opera.

Such masters of the Kapellmeister tradition as Bruno Walter, Pierre Monteux or Wilhelm Furtwängler stood behind the conductor’s stand leading the Orpheus and Eurydice. With time, in the name of achieving stage realism, the work was followed by another new versions in which the main male part was dedicated to the baritone.

This multitude of versions caused that the original Gluck’s French-language version had been forgotten for some time, and Fritz Reiner himself returned to it in London, Covent Garden (1937).

The music director of the work’s premiere is Stefan Plewniak, an artist who is said to be one of the most electrifying names of this decade of the 21st century. He is one of the most prominent baroque violinist of the young generation, a graduate of the Academy of Music in Cracow, the Conservatory Maastricht in the Netherlands and the Conservatoire National Superier de Musique et Danse de Paris. The artist’s experience with performing the early music on period instruments according to the principles of the era is of great importance here, as he will lead the Ancient Instruments Ensemble of Warsaw Chamber Opera – Musicae Antiquae Collegium Varsoviense.